Neither Brexit nor populism: the italian referendum was a personal defeat for Matteo Renzi 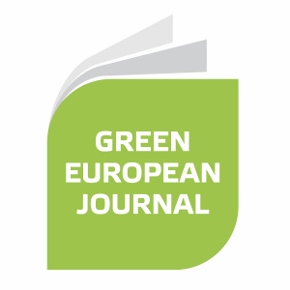 The constitutional reform proposed by the Renzi government was firmly rejected in the Italian referendum of December 4th (60% voted “no”) triggering a political crisis with an unpredictable outcome. Before analysing the meaning and possible consequences of this development, it is necessary to establish premises, and particularly to rectify many hasty and superficial judgements about the vote that have been going around Europe.

The crushing rejection of Italian Prime Minister Matteo Renzi has nothing to do with the British referendum on Brexit (the United Kingdom’s exit from the European Union) and much less to do with the victory of Donald Trump in the American elections. In this case it was a decision on a specific matter – whether or not to approve significant changes to 47 of the 138 articles of the Constitution – and it is important to note that the 19 million people who voted no and the 13 million who voted yes held a wide range of political views. The Partito Democratico (PD), the majority centre-left party led by Renzi, was itself divided in the vote, with many leaders and supporters actively backing the “no” campaign.

A New Constitution? The Italians said “No”

It is worth starting by examining the content of the proposed reform. Its first aim was to move away from the current parliamentary system, which assigns similar tasks to the Chamber of Deputies and the Senate, and requires all laws and votes of confidence in governments to be approved by the two assemblies. This transforms the Senate into a second house, not elected by the public but by regional councils, and only called to express a view on laws concerning local matters. Its second aim was to transfer a range of powers from the regions to the state “in the national interest”, including decisions on energy and large infrastructure.

Supporters of the reform believed that these changes would have made the legislative process faster and made government action more effective. Its opponents argued that it would have concentrated too much power in the hands of the executive, which would also have had full control of Parliament, and thus indirectly of the election of the President of the Republic and constitutional judges, thanks also to the new Electoral Supermajority Act, which is in turn sub judice – the constitutional court will rule on its legitimacy at the end of January.

The vast majority of Italians said no to these proposals, and turnout was high, at nearly 70%. There were various reasons for this. Some people acted in support of the current Constitution and its origins – a common charter for Italians created 70 years ago at the same time as the democratic republic. They rejected the idea that such a profound constitutional change that would in fact rewrite the rules of Italian democracy could be decided against the will of nearly half of Parliament, as in this case. Many of those who voted no had also witnessed the distress, disorientation and rage that afflicted the large part of Italy most severely affected by the economic and social crisis of recent years. Renzi had doggedly denied this phenomenon, and for months he had been claiming daily that everything was going very well thanks to his government. In short, you could say that by voting no on the 4th of December, millions of Italians wanted to reject not just the proposed new Constitution, but also Renzi’s leadership.

The Italian Prime Minister tried to make the referendum a plebiscite specifically about him; he waged an obsessive personal campaign for a yes vote, linking the result of the vote to the length of his mandate as head of government and using an openly populist tone. With a cry of “après moi le deluge”, he proclaimed that a no victory would leave our country without an appropriate guide and trigger financial speculation against us, leaving us in the hands of the “Brussels bureaucrats”. Six out of ten voters responded with a show of no confidence. These included an increasing proportion of the electorate attracted by right-wing, anti-European populism (the Northern League and some of Forza Italia) and by the “anti-political” demagogy of the Five-Star Movement.

However, the 19 million no-voters included many progressive Italians who were disappointed by the fundamentally conservative policies of the Renzi government for various reasons: reduced guarantees for workers in the standards of the “Jobs Act”, the elimination of property tax even for the richest, business as usual in appointments of public body heads, energy policies seeking to restart oil drilling at the expense of developing renewable energies, and decrees allowing the ILVA plant in Taranto to continue producing steel while trampling the environmental and health rights of local inhabitants underfoot. Among all these regressive decisions, the points that particularly stand out are the way that Renzi has completely ignored the issue of environmental sustainability, his blatant links with the lobbies of the most polluting industries from fossil energy to cars, and the systematic absence of environmental issues from his public speeches. Compared to the Italian ex-Prime Minister, Angela Merkel and François Hollande look like fervent environmentalists.

The “Thousand Days” of Renzi: the Great “Innovator” has become the Establishment

Thus, in the eyes of many progressive voters, Renzi quickly shed the image and profile that had brought him to prominence on the Italian political stage. He had been seen as a reforming leader to make a break with the sluggish and backward Italian left, a leader capable of putting progressive ideals of solidarity and equality into a modern context and “dismantling” the classification that immobilised left-wing parties and almost always condemned them to defeat. (“Dismantling” was the word often used by Renzi early on in his career to underline his desire for radical renewal).

In just over a thousand days of government, Renzi has dashed many of the great hopes that he inspired. One key moment marked the point when his leadership lost the support of many people, including many young people and groups that believed in his initial promise to renew politics and the Left. It was no coincidence that this moment involved environmental questions: the referendum to stop oil drilling, held on 17th April, put forward by some Italian regions and supported by a huge alliance of environmental and civic organisations. On that day more than 13 million Italians voted against the government’s green light for oil drilling, calling for a significant shift in energy policy towards clean energy. There was clear merit in the issue put to the Italian voters – pressing Italy to participate actively in the energy revolution taking place around the world and in the struggle to stop climate change. However, the referendum held this April also definitively transformed Renzi in the minds of millions of voters from someone who might renew Italian politics into a champion of the establishment, like many European socialist leaders. The referendum of the 17th of April did not reach the quorum of voters, so in accordance with Italian law it had no practical effect. However it doesn’t take a polling expert to see that many of the 13 million yes-voters supported left-wing parties, and on December 4th many of them decided to reject both the constitutional reform and Renzi’s thousand days as Prime Minister. The results of the constitutional referendum along with those of the vote on oil drilling sealed his fate, and have decidedly paradoxical implications. The youngest European head of government has been firmly rejected by 80% of voters under 35.

Nonetheless, the result of the referendum and the fall of the Renzi government have ushered in a period of great uncertainty, with many dangers. There will probably be early elections in 2017, and there is a risk that the worst sort of populist forces will win, as in many other European countries. The only way to avoid this is to build a broad alliance around a handful of clear objectives: protecting decent working conditions, innovative development policy based on clean energy and the green economy, strong calls for a more democratic Europe that is less wedded to formal ideas of austerity, and an approach to immigration issues that shows greater openness and solidarity.

This initiative would offer Italians a real change in direction compared to the “thousand days” of Renzi, and it could bring together many people who voted yes and no on December 4th, united in the conviction that to beat populism, the public must be offered an alternative involving genuine deep-seated change, to give Italians faith in the future. In Italy today, this is the only way that “reformist” forces – socialists, environmentalists, left-wing liberals – can use their identity to support a renewed, holistic and ambitious concept of “progress”.