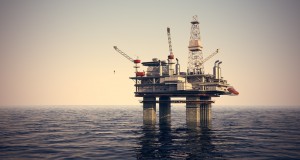 Italy gets to vote in a referendum on April 17 to determine whether or not fossil fuel companies will be allowed to continue drilling for oil and gas near the Italian coast. To get to the bottom of the issue and to see what is at stake here, we interviewed a local engineer, Annalisa Corrado. As an engineer and holder of a PhD in Energetics, Annalisa is an expert on the topic. Beyond that, she is one of the main activists for the ‘Vota Si’ campaign, calling for a yes vote to repeal the current law which allows drilling to take place. She has been travelling across Italy to raise awareness on the topic. Furthermore, our Italian Member Party, Federazione dei Verdi is also actively campaigning for the ‘Vota Si’ campaign.

On April 17, Italians will vote in a referendum on offshore drilling. What exactly is at stake here?

People are being asked whether or not to cancel a very recent rule which allows fossil fuel companies to search for, and extract gas and petroleum within 12 nautical miles of the Italian coast, without a time limit.

Thanks to the extraordinary mobilisation of civil society and associations, fossil fuel companies are already restricted to apply for new concessions which would allow them to extract oil within the 12-mile limit. However, the exploration and drilling activities that are already underway would no longer have an expiration date and would remain active “up until the time when the field runs out”.

The extension of the concession happens without any verification on the abidance to environmental regulations by the companies who are holding the concessions. According to recent studies, 75% of platforms are said to be “outside of the law”.

If the yes vote wins, the unfair advantage given to the oil lobby would be rendered obsolete, and drilling activities would progressively cease to exist. This, in accordance to the expiration times which have been set when the concessions were issues. If the referendum is lost however, this might even mean that new drillings can be allowed to happen.

There is an international growing movement of people calling for divestment from fossil fuels. The goal is the same as the one of the referendum: to phase out of fossil fuels. Is there a link to the Italian referendum? Are there people in Italy who are combining these two struggles?

There certainly is. A broad spectrum of associations, committees and political groupings that are committed to this struggle aim to set this referendum within a broader context set out under the Paris Climate Agreement, COP21.

If it is true that two thirds of fossil resources have to remain below ground, we are no longer a country that is credible if we let ourselves be frightened off by having to progressively give up a few drops of oil and a minimum quantity of gas over a ten year timespan.

In the context of the COP21, it will even be difficult to use the expression “investment” and “fossil resources” in the same sentence. The money we spend – and continue to spend – on hydrocarbons over the coming years is an indication of how far we are from being a developed country that is stable, autonomous and capable of speaking about the future without fear.

For ecologists, the link between the struggle to break away from fossils and to achieve a new policy for energy and mobility is an obvious one. Right now, we are all working hard to make such self-evidence part of the common viewpoint of the people of Italy.

Might the referendum be an opportunity to boost a long-term movement in Italy that calls for divesting1 from fossil fuels? How could it be supported by other countries?

This is what we are hoping for. Albeit with a number of difficulties, we can safely say that some significant and fruitful synergies have been created.

The objective we have to focus on as ecologists from the day following the referendum, is to capitalise on this experience and continue the demand forcefully that the Paris Agreement cannot become a dead paper.

Creating an alliance to preserve the thematic of ecological transition throughout Europe is essential and can help local struggles. This is true for a country like Italy in particular. Despite there being excellent properties in the Green economy and the widespread application of virtuous practices, there is still a great amount of resistance tied to the antique vision of economic development.

The environmental reasoning systematically loses out to those of an economical nature, while it can be essential to breaking out of the economic crisis and defusing international conflicts.